Temperature Modulated DSC (TM-DSC) is a technique that combines periodic temperature control performed by AC calorimetry, a technique that measures the specific heat capacity of a sample, and constant rate temperature control performed by DSC measurement. It’s effective for observing the glass transition clearly by separating the effects of non-reversing phenomenon such as evaporation and enthalpy relaxation.

Differential scanning calorimetry (DSC) is a thermal analysis technique in which the difference between the rate of heat flow into a specimen and that into a reference is measured as a function of temperature or time while the specimen and reference are subjected to the same temperature control program. DSC enables the measurements of the transition such as the glass transition, melting, and crystallization.

How does Temperature Modulated DSC work? 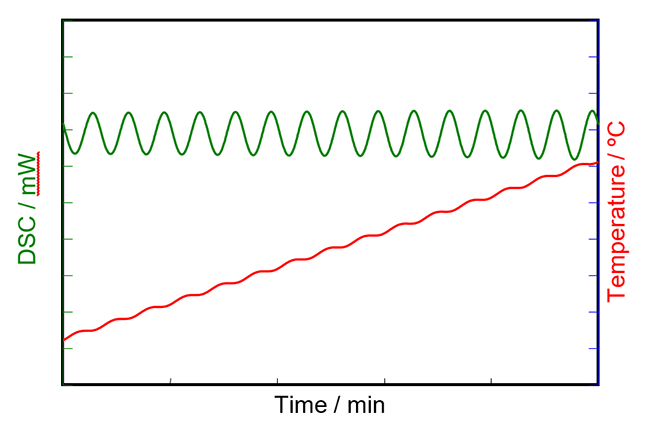 What phenomena does TM-DSC give information about?

Because the glass transition changes the specific heat capacity of a material before and after, the DSC signal that corresponds to that change appears in the heat capacity component. On the other hand, phenomenon (irreversible phenomenon) observed as peaks, which include enthalpy change such as thermal curing reaction, cold crystallization, vaporization, or volatilization appear in the kinetic component (Table 1).

What are the advantages of using TM-DSC?

TM-DSC can retrieve by a single measurement data not obtained by conventional methods separated into a heat capacity component and kinetic component. These can be separated when the glass transition and other irreversible phenomenon overlap. Also, when two or more measurements were needed in the past because of water evaporation or elimination of thermal history, measurement efficiency has improved because data can be obtained with a single measurement.

Here’s the advantages of using TM-DSC:

Figure 2 shows a measurement example of a polyethylene terephthalate (PET) of amorphous by TM-DSC. The total heat flow is the same result obtained using conventional DSC. Shifting due to glass transition at 75 to 82°C and exothermic peak from cold crystallization at 132°C are observed in the total heat flow. Glass transition is observed in the heat capacity component; and cold crystallization is observed in the kinetic component. Accordingly, phenomena measured by DSC are divided into a heat capacity component and kinetic component. 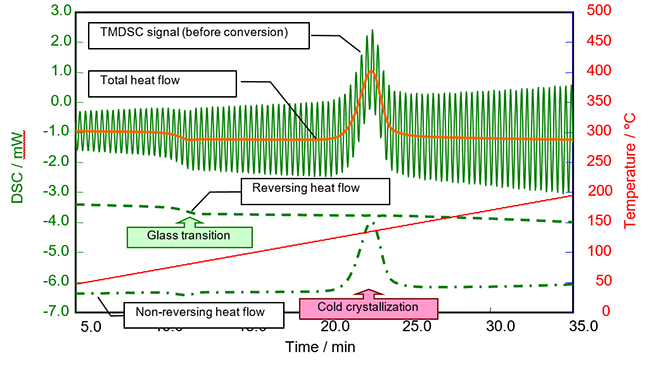 With our NEXTA DSC, TM-DSC measurement mode and analysis of separation into a heat capacity component and kinetic component are available without any additional software, as it includes all the advanced functions into the software for NEXTA package.

Our NEXTA DSC Series instruments offer world-class sensitivity and baseline reproducibility, delivering more accurate testing and the ability to evaluate even the smallest thermal events. The DSC200 offers leading technology for routine applications without limitations and ideal for a wide variety of applications. The DSC600 is purpose designed to meet the most advanced materials development and failure analysis thanks to its sensitivity and resolution, especially within applied research. Our innovative Real View® camera system integrates seamless with NEXTA DSC Series and provides real-time observation during measurement. 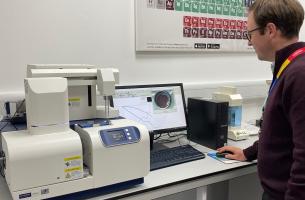 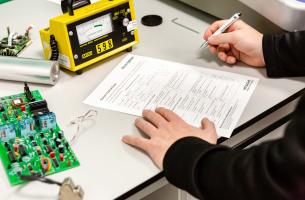 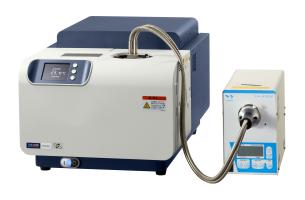